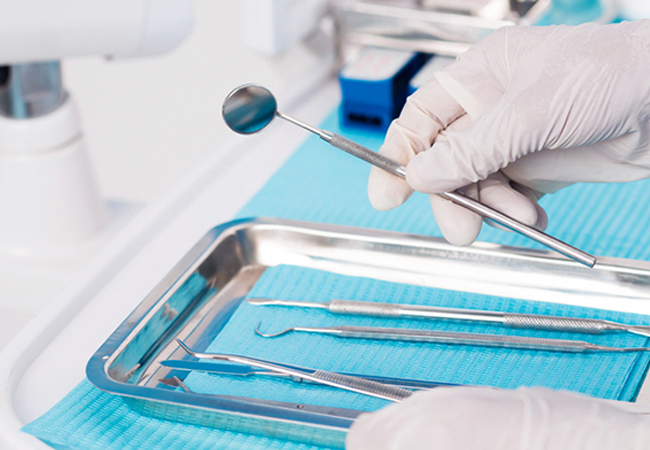 Recent news of an alarming health scare in Sydney stemming from questionable dental hygiene standards has drawn attention to the laws around dental hygiene guidelines. Fortunately, such incidences are rare in Australia, but it brings to light the importance of choosing a dentistry clinic where rigorous standards of hygiene are continually upheld – and not just promised.

Early this July up to 12,000 NSW people were urged to undergo testing for blood-borne viruses including hepatitis and HIV after health officials confirmed that four Sydney dental clinics, operating under the name, The Gentle Dental Clinic, were breaching several infection control protocols. The now deregistered and self-described “hippie” dentist and director of two of the clinics, Dr Robert Starkenberg, claims that his hygiene practices were sufficient and recent events stem purely from an unhappy client that wanted to “put me out of business”, he said.

The Gentle Dentist has four branches throughout Sydney, with all four currently under investigation by the Health Care Complaints Commission. It is believed that along with Starkenberg and Samson Chan, the director of the other two clinics, a further 12 dentists are under investigation.

Several infection control breaches were identified by the Dental Council of NSW.

According to Dr Shane Fryer, public health audits “… showed that there were some problems with the cleaning, sterilisation and storage of instruments in that it was not being done in compliance with the guidelines of the Dental Board of Australia.”

However, he wished to remind the public that there are laws that help protect our health and safety.

“I want to assure the public that there are stringent guidelines in place in relation to infection control that dental practitioners must adhere to.”
– Dr Shane Fryer, The Dental Council of New South Wales

Failure to adhere to ADA guidelines for infection control may result in serious action by authorities, including de-registration.

Duty of care – more than just a promise

All dental practitioners have a common law legal duty of care to their patients. In other words, it is not a promise; it is law. It is their responsibility comply with the National Board’s Guidelines on Infection Control to ensure that effective infection control measures are carried out in the practice. The dental board stipulates that all practices are carried out in a way that maintains and enhances public health and safety by ensuring minimal risk of the spread of diseases.

Dentistry Plus: going one step further

At Dentistry Plus, we’ve gone one step further. Dentistry Plus has successfully completed the Australian Dental Association’s Dental Practice Accreditation scheme, an internationally recognised evaluation process used to assess the quality of care and services provided in a range of areas including healthcare.

To achieve such accreditation, we have clearly demonstrated that all our practices (in Joondalup, Leederville, Leeming and Maddington) are compliant with the latest standards in the National Safety and Quality in Health Service (NSGHS) Standards.

Accreditation demonstrates an alignment with an internationally recognised system of benchmarking safety and quality, with all practices having a reduction of risk and enhancement of quality.

Applying for this accreditation also clearly demonstrates to the public our ongoing commitment to an industry regulated scheme.

What is infection control?

In a dental practice, infection control is the act of preventing the transmission of disease-producing agents, such as viruses, bacteria or fungi from practitioner to patient, patient to patient or dental staff to patients, or vice versa.

Infection control is carried out in certain ways, such as:

Every dental clinic should have their own manual spelling out their procedures and rules. It is imperative that every dental practitioner:

What our commitment to hygiene means

The level of care involved in maintaining impeccable hygiene is exhaustive and ongoing in all our dental clinics.

Every component of our operations is fastidiously monitored. Issues such as hand care, including hand hygiene and gloves; personal protective equipment, such as masks, eye protection, protective clothing and footwear; the cleaning and sterilising of surgical equipment; disposal of sharps and management of clinical waste; the disinfection of all areas, and zoning areas into ‘clean’ and ‘contaminated’ zones; water quality; instrument use, including strict adherence to the rules of single-use items; packaging; along with other practices, are religiously carried out.

If you have any queries about our hygiene policies and procedures, please contact us for further information.